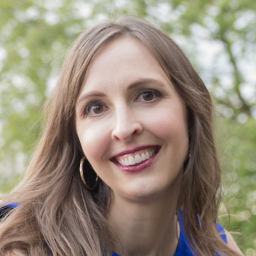 Have you ever watched Charlie Brown? You know how there’s that one tree that always gets the kites he tries to fly?

He keeps trying, but he still gets really discouraged in the process.

And who can blame him? It’s hard to consistently fall short when you’re trying to do something you love.

Well, a couple weekends ago, my family and I went to a kite festival here in Austin. It was a little rainy at first, but there were still plenty of people out there. And once the clouds cleared out – holy moly it was packed!

A little after we got to the fair, we saw this big beautiful kite stuck in a huge tree.

But then I saw the two guys who were there flying it. They were working as a team with another rope and hook-y thingie to get it out.

And they weren’t discouraged at all. In fact, they seemed to be pretty darn comfortable with the whole get-the-kite-unstuck process. They were laughing and chatting with the people who were watching like it was no big deal.

Obviously they didn’t intend to fly their kite into a tree. Just like we don’t wake up in the morning and say, “gee, I hope I really screw things up today.”

But setbacks and failures are part of the bargain.

Watching those guys made me think. I’m a fan of accepting failure, and bouncing back from it. But I also know that I still tend to get disappointed and beat myself up when I fail. And sometimes it takes me a bit of time to pick myself back up.

I got to wondering, what would I need to do to be able to be so… well, jovial as those guys when I have a setback.

(Granted, there’s a difference between getting a kite stuck and blowing a major project, but I thought the answer would be helpful regardless.)

So what would it take?

Maybe instead of just accepting failure, we can welcome it as part of the process. I mean honestly, if you’re not failing, you’re probably not aiming high enough. It’s a minor semantic distinction, but it creates a powerful shift in our subconscious.

Give this a go:

Now say, “Welcome failure! Thank you for bringing me one step closer to my success!”

Right?!? I know which one makes me feel better.

Another thing is making sure we have the tools we need to fix the situation if need be. Just like kite-flying guys had extra string and whatnot, we can make sure we have the support we need in place while we get back on our feet. For me, that looks like having a network of friends who get me and love me, a comfy pair of fuzzy socks, and a cold beer in the fridge. 🙂

Base Your Worth (and Self-Confidence) on What Really Counts

And finally, maybe we need to stop taking ourselves so damn seriously.

Now I get it – some things ARE serious. Knowing how we’re going to pay our rent, buy groceries, care for our families, etc. are all things that a wardrobe of “don’t sweat the small stuff” t-shirts isn’t going to make easier to handle.

But when it comes to the actual small stuff – the hurt pride, the embarassment, the shame – maybe we can ease off on those. I was listening to Lisa Nichols the other day, and she was talking about how fear and sadness are emotions just like happiness and love. But they’re ones we stress over and hold onto.

What if we could look at those personal judgements and emotions that accompany failure, and just let them go? We can remind ourselves that what we do doesn’t necessarily equal Who We Are. No failure or setback makes us any less of a person or any less worthy.

Look, I’ve had my share of failure in life. Did I mention that I didn’t even pass the physical fitness test to get into West Point the first time? Out of the 30ish kids testing that day, I was the only one who failed. Yeah. It was mortifying. And it’s not like that was the first or last time it’s happened.

And since you’re human, chances are that you’ve had your share of setbacks, and (spoiler alert) you’ll probably have more in your future.

So I invite you to give these preemptive strategies a try. Think of it like a pre-game tailgate party that sets you up for a faster bounce back time, and less mental and emotional stress along the way.

About the Author Jewell Siebert

Your first class is 100% free. Click the button below to get started!